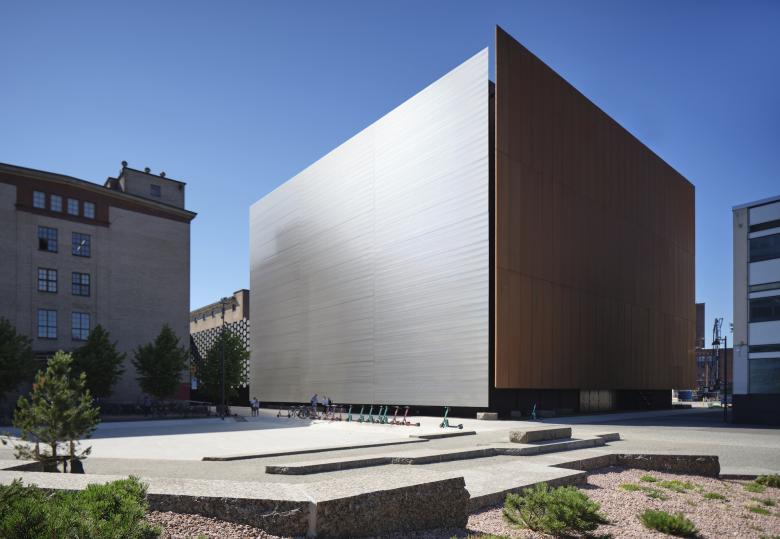 Dance House Helsinki was inaugurated in February of this year as the first event venue in Finland dedicated to dance. Ulf Meyer visited the adaptive reuse and extension designed by JKMM Architects.

While Finland is firmly established as nation of great architecture and music, when it comes to dance the country has traditionally been associated with a Nordic version of tango. With the long-awaited completion of the new Dance House Helsinki, that is about to change. JKMM, one of Finland’s most ambitious architectural firms, has redesigned parts of the former Nokia Cable Factory in Ruoholahti and added a new section to it. 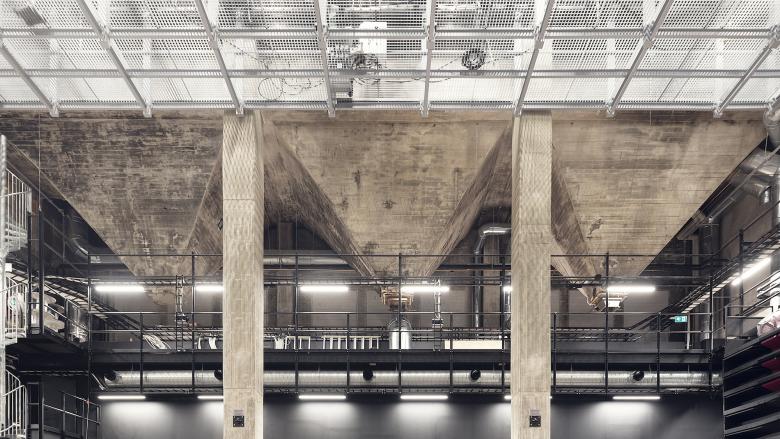 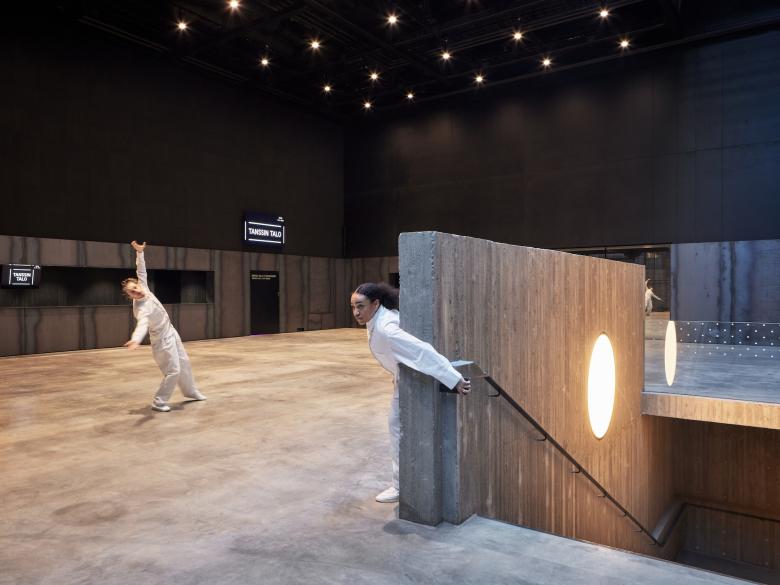 The foyer mediates between old and new. (Photo: Tuomas Uusheimo)

The Kaapelitehdas was designed by Waino Gustaf Palmqvist in 1943 as a factory for the Finnish Cable Works, which produced cables there from 1943 to 1987. The company, bought by Finish Rubber Works, became part of the Nokia conglomerate in 1967, before the factory was purchased by the City of Helsinki and converted into a cultural center for concerts, exhibitions, and festivals; an art school; and studios. 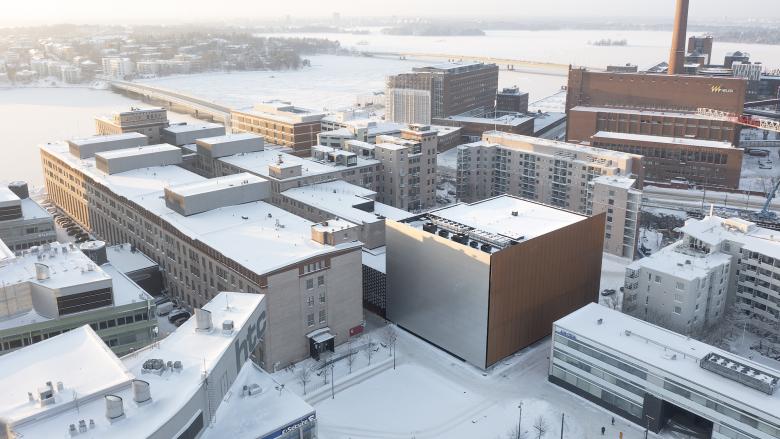 The western tip of Ruoholahti is a cultural center. (Photo: Hannu Rytky) 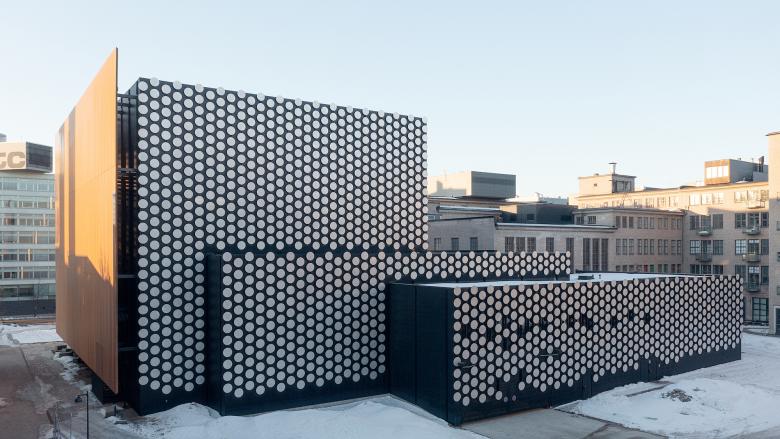 The architecture of Dance Hall Helsinki was inspired by the principles of dance rather than its forms and aesthetics. “Dance deals with gravity and lightness” is how project architect Harri Lindberg explains the approach. The main facades consist of windowless steel panels, lifted from the ground and thus, he contends, “defying gravity.” One wall is made of rough rusty steel, while the adjacent wall is made of shiny stainless steel. Laser welding allowed led to the creation of sandwich panels with the largest possible surfaces of metal. 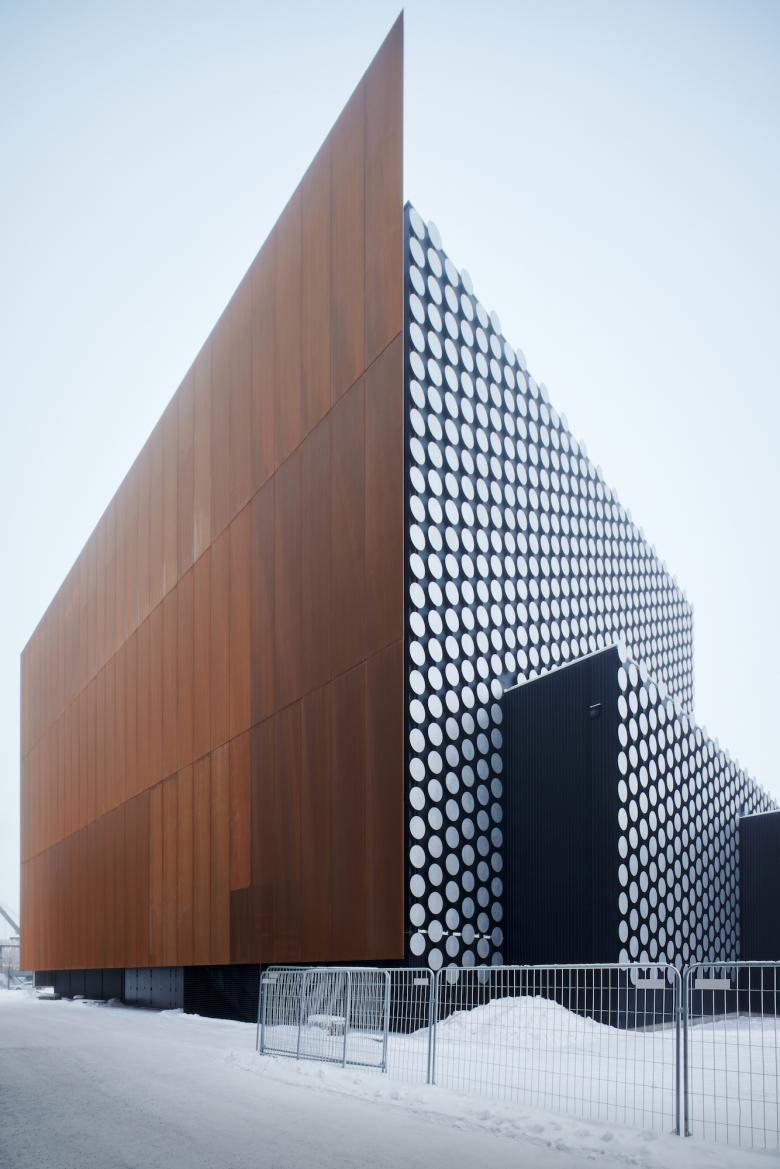 The facades are made of steel panels and discs. (Photo: Tuomas Uusheimo)

The entrance square is now bordered by a reflective surface that adds some shine in the evening, while the north elevations are covered with hundreds of aluminum discs that create an abstract rhythm. A glass roof over the factory courtyard creates an entrance with the box office. Changing rooms and offices are housed in the former factory wing. The interiors are industrial in scale with solid and robust materials like black steel and bare concrete floors. The two theaters are called Erkko Hall and Pannu Hall; the former seats 700 with mobile bleachers while the latter seats up to 400 people. At Erkoo Hall, auditorium, stage, and side stage can be separated to form event spaces. 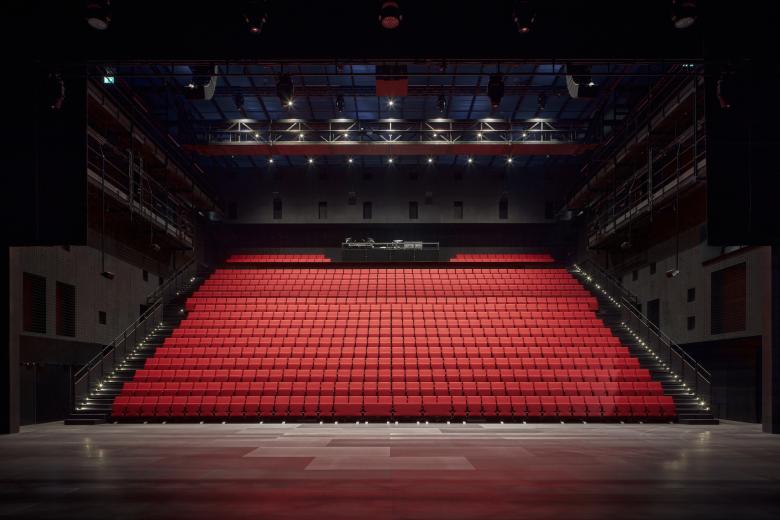 The bleachers are steep for good visibility. (Photo: Tuomas Uusheimo) 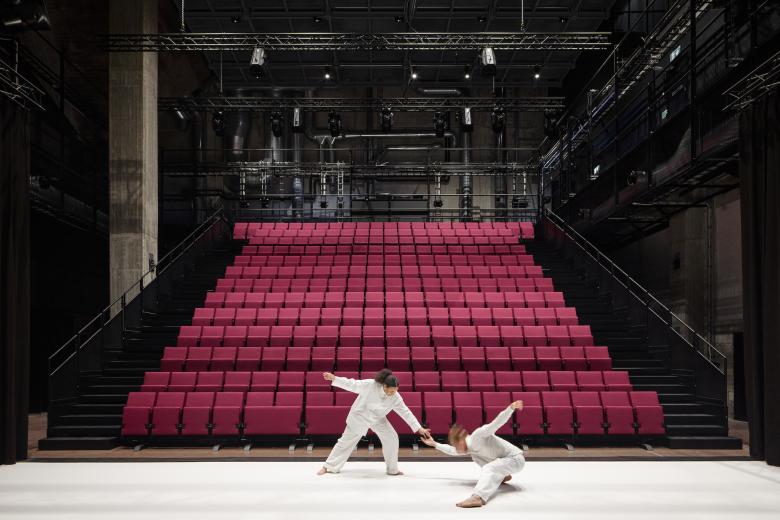 The smaller hall is in the former factory. (Photo: Tuomas Uusheimo)

JKMM, who made their mark in Helsinki’s great cultural scene with the Amos Rex art museum in 2019, have recently won the commission to also extend the National Museum. Their design of the “Tanssin-talo,” or Dance House, indicates that their transformation of Eliel Saarinen’s masterpiece may also become a success. 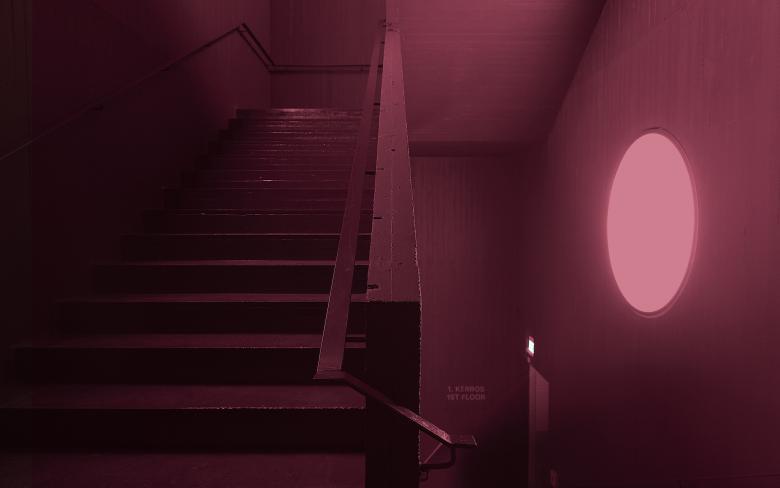 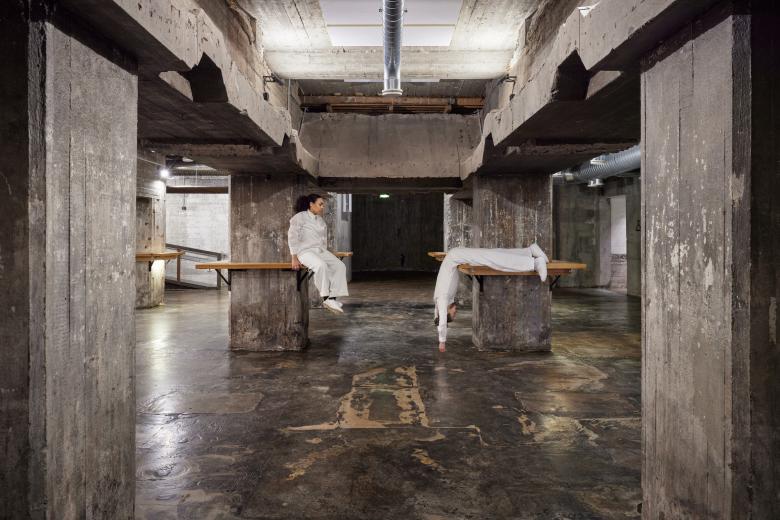