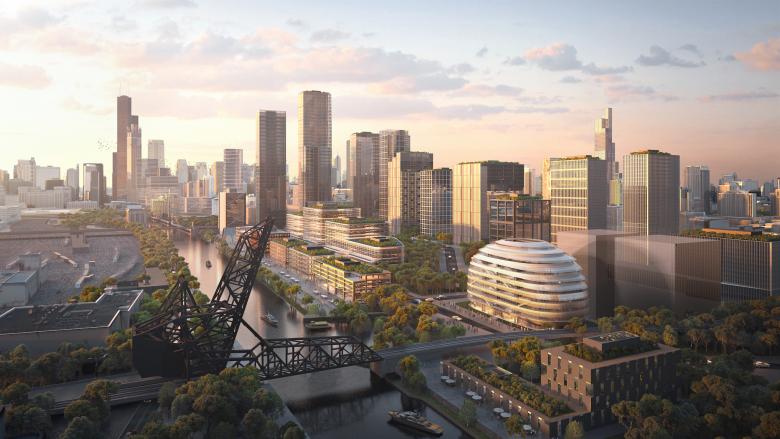 OMA New York and Jacobs have unveiled their design for the headquarters of Discovery Partners Institute (DPI) in The 78, a large development underway on Chicago's Near South Side.

The design by OMA partner Shohei Shigematsu, who is working with Jacobs as executive architect and planning consultant, was announced last week by Illinois Governor JB Pritzker. The State of Illinois is providing $500 million in capital funds to launch DPI, which will function as part of an "Innovation Network" at regional universities across the state.

The building will be located along the Chicago River in The 78 (its name refers to the City of Chicago's extant 77 community districts), a 62-acre mixed-use development being developed by Related Midwest on a vacant former rail yard. DPI's new home will occupy one acre of the development's Innovation District, providing offices, classrooms, labs, and event space across eight floors with more than 200,000 square feet. 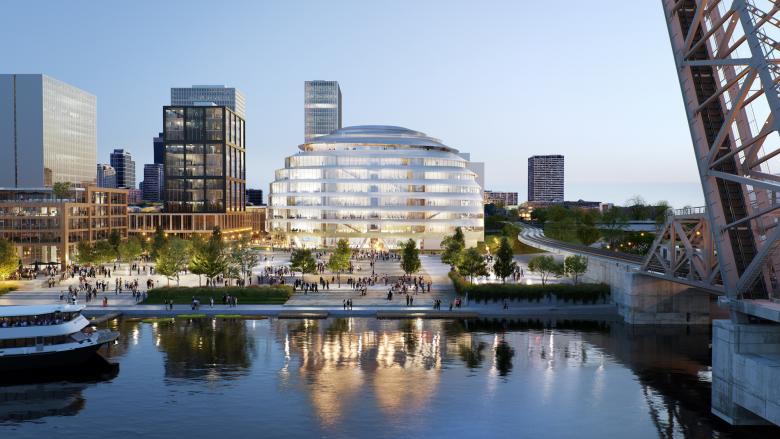 Per the announcement, DPI aims to "to propel Chicago into a pre-eminent and inclusive tech economy over the next decade," focusing on three areas: "tech talent development, applied R&D and business building." In the governor's words, "this futuristic design from OMA/Jacobs matches our ambitions." 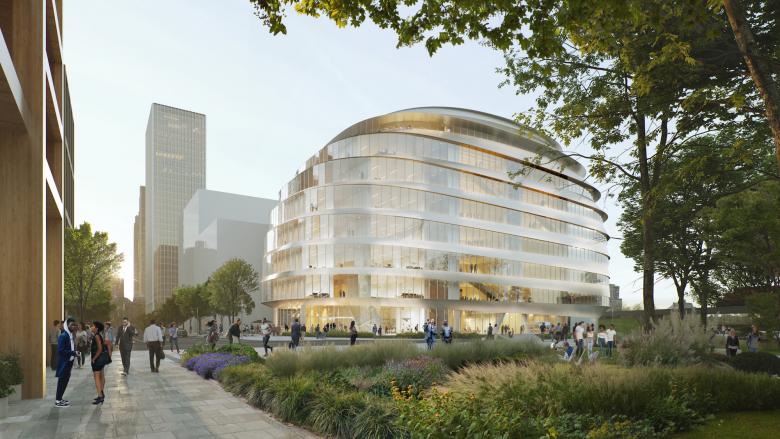 Set to break ground in 2024, DPI is the third Chicago building for OMA, following the IIT McCormick Tribune Campus Center, designed by Rem Koolhaas and completed in 2003, and the 2019 design by OMA New York with Chicago's KOO for the University of Illinois at Chicago's Center for the Arts. All three projects resulted from competitions, with OMA/Jacobs being named the winner of the DPI competition in November 2020. 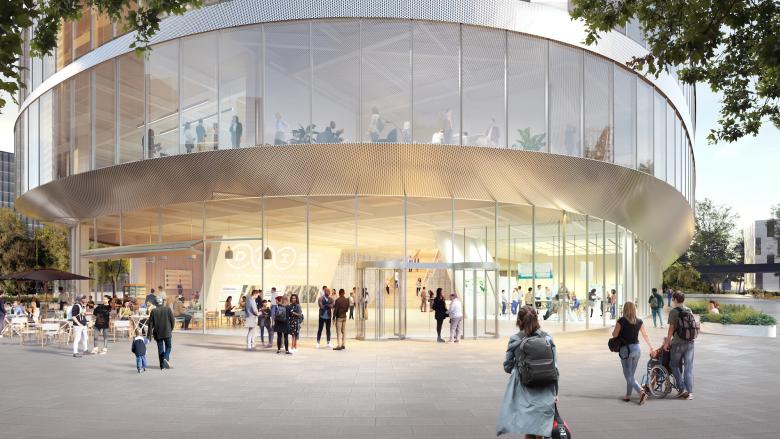 Shigematsu describes the design for DPI as "a soft, transparent form" that "fosters interdisciplinary interaction and experimentation" with "a central zone of collisions," the last referring to the central atrium criss-crossed by "carefully coordinated" stairs. The dome-like form of the building — inspired by Bertrand Goldberg's curling River City just north of the site, or perhaps a reference to Chicago being named for a wild onion? — is sure to stand out among The 78's other buildings in the works. 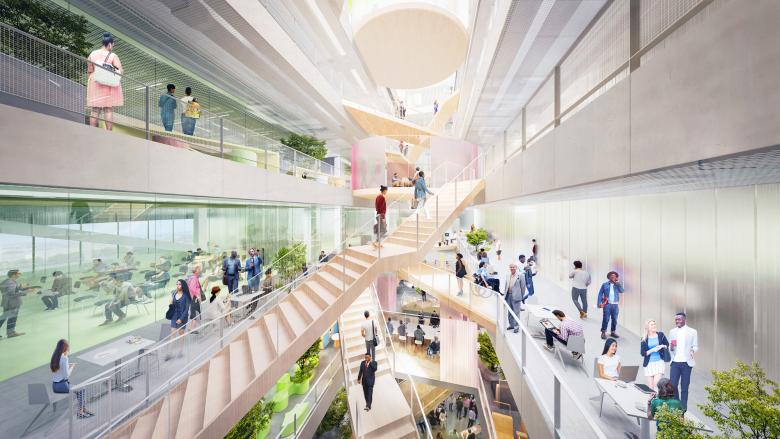 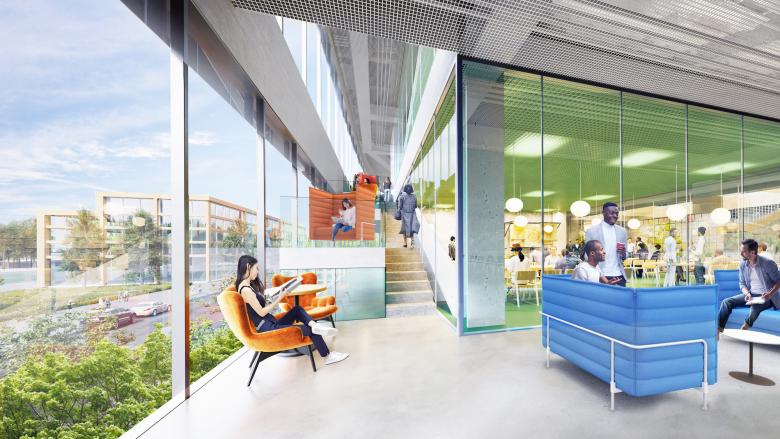 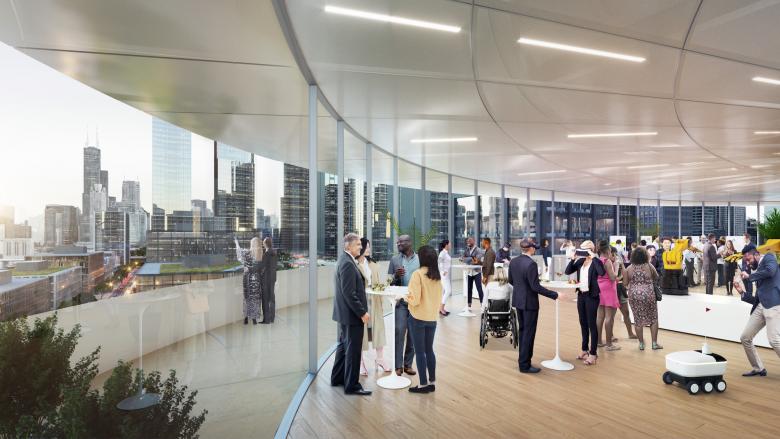 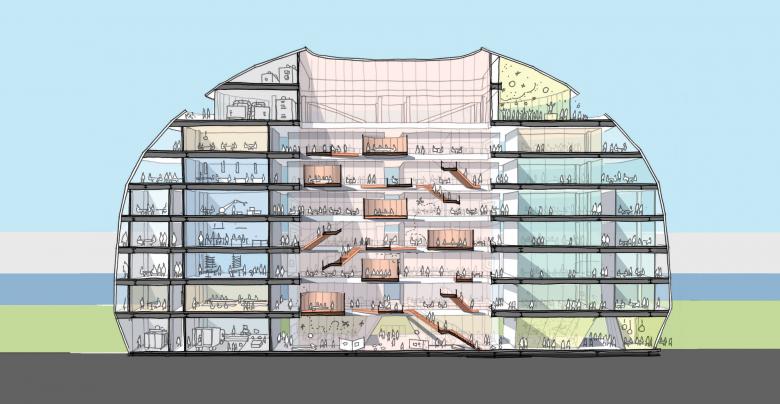