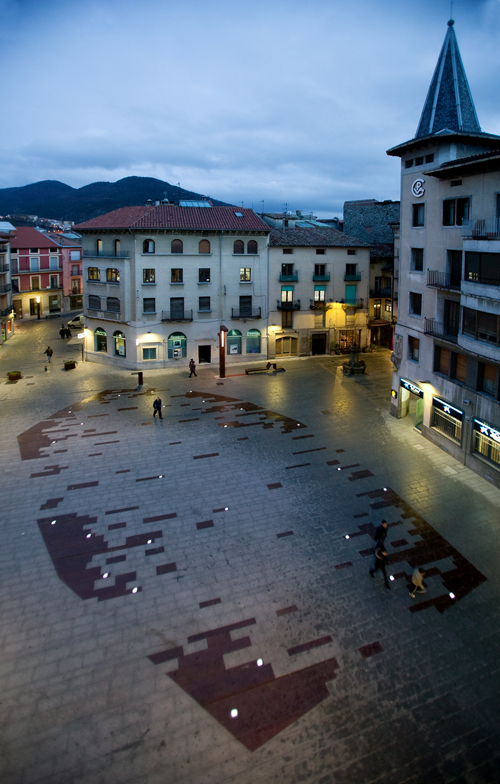 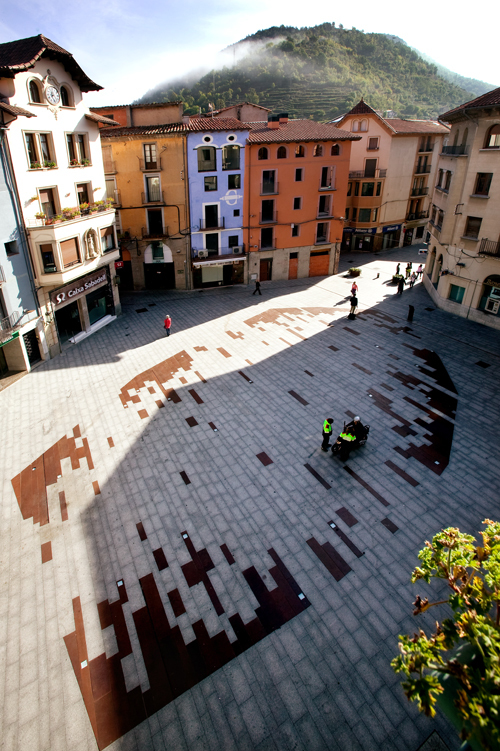 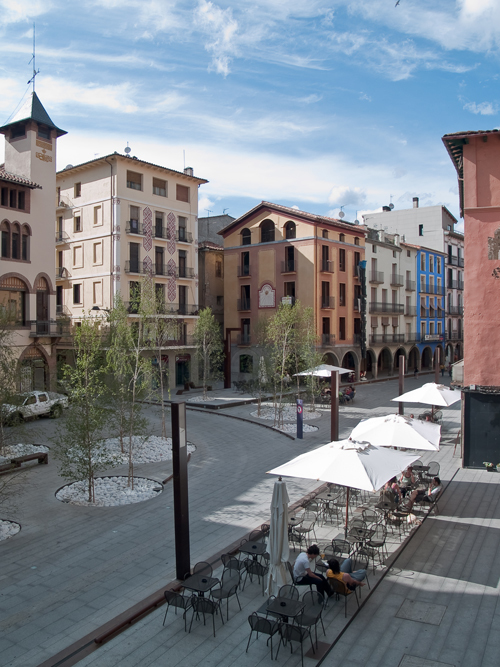 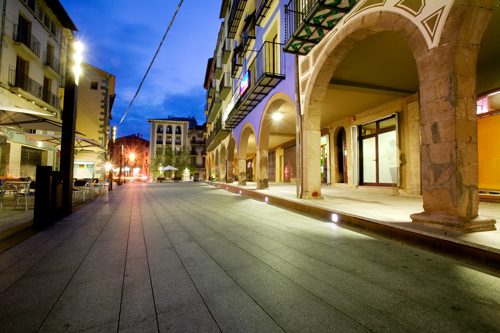 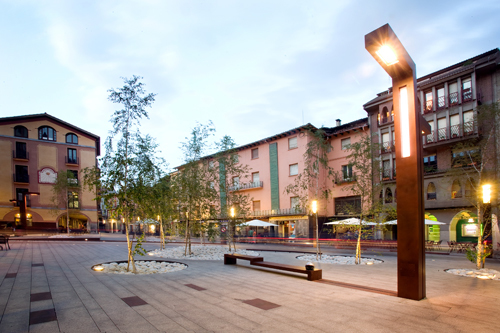 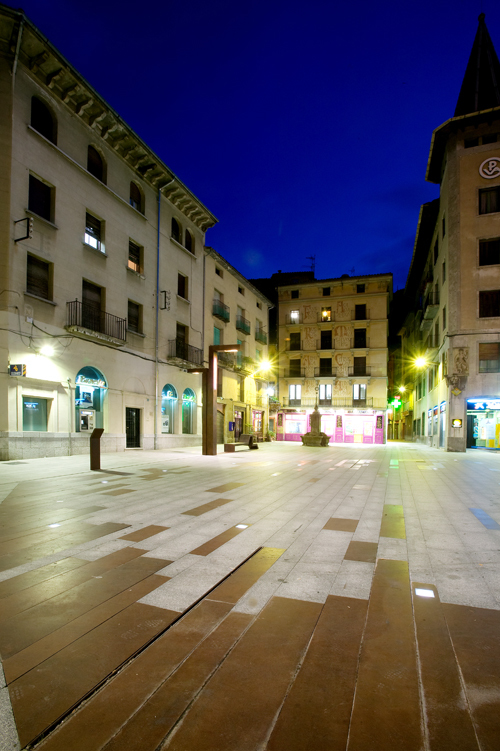 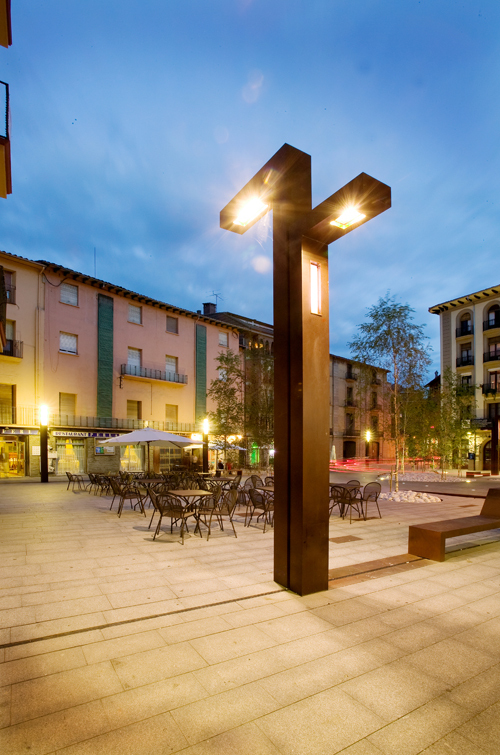 In the last time, the historical center of Ripoll has been adapt to pedestrians in deferred intervention, they are so diferents between themselves and have been designed with diferent ideas and materials.

We propose to extend pedestrian’s zone to the most representatives squares of Ripoll (plaça st eudald, plaça Gran), we want to return its historical character to the center and to enable the comercial revitalization and the public use of spaces.

We consider to emphasize the st. Eudald square like a main village square. This zone is cleared from urban furniture to enable a versatile use and we get back the disapeared church perimeter trought the paving.

The plaça Gran, due to its geometry, is conceived (in spite of it is called square) like a AVENUE, a comercial and stay zone. This space is organized trought a continuous element that incorpores the urban furniture, lighting and drainwater. This element reinforced the line concept. The project unifies the paving on vehicle’s lane to get visual continuity and to enable to reconvert the space on a pedestrin’s space in the future.

Some tree sorrounds with wite river stones and birches with diferent highs protect the stay and walk area from vehicles. The concave and convex shape of the diferent surrounds makes changing visual effects and let to perceive the seasons on light and vegetation.

We propose to unify the intervention trought a granite paving, this paving has a noble character and it is resitan enught to permits the vehicles circulation. The specific colocation of this paving, called “a la romana” (in the roman way) with three diferent wides, emphasize the longitudinal joins and invites the pedestrian to walk slowly on squares and faster than it on streets.

On the other hand, we use iron like a second skin on specific zones (to remac the church perimter, to develop the urban furniture, to the stay zones). We use this mateiral because, at first, Ripoll was an important point in the metallurgic industry of Catalonia. At second, to join our intervention with paving of the Lira’s square (planned with iron paving).

The lighting of the intervention was planned only with leds to minimize the energy consumption. We projected three kinds of lighting according to the space sizes: lineal srteetlamps for the avenue, scuptural lights for stay zones and hanged lamps for srteets and the porch. Some fitted leds in the paving emphasize the St. Eudald square lighting and lead vehicles from Plaça Gran to the road.

Other Projects by Comas-Pont Arquitectes